Minerva’s reimagined commencement ceremony, Consequent, is intentionally designed for graduating students to demonstrate the critical thinking they have nurtured during their four-year education, through thoughtful debates on complex matters. From May 17–20, 2021, nearly 200 professionals from across industries and geographies joined the 180 graduating students for 60 conversations on provocative topics. The student moderators administered two polls at the beginning and end of each discussion, to see if people would change their minds on some of the most challenging questions humanity faces today.

In recent times, the tension of individualism vs. collectivism is a particularly salient concern, as we navigate the COVID-19 pandemic, where our personal decisions affect others as a matter of life-or-death. The pandemic has given rise to numerous debates about the power we give to our governments and other institutions and our relations to those within and outside of our communities. Here, we share data from three session topics that relate to the relationship of the individual versus the collective, as well as highlights from the major arguments made that may have influenced people to change their minds.

Session 1: The Unpopular Vote: Choosing between idiocracy and paternalism

The merits and drawbacks of populism are hotly contested as populist leaders in the United States, Brazil, and India implemented lax pandemic policies, giving people the freedom to make their own decisions on pandemic precautions. Power to the people is a tenet of democratic society, but can this go too far? The key angles to the debate included:

Poll A: Populism is an inevitable effect of a democracy. 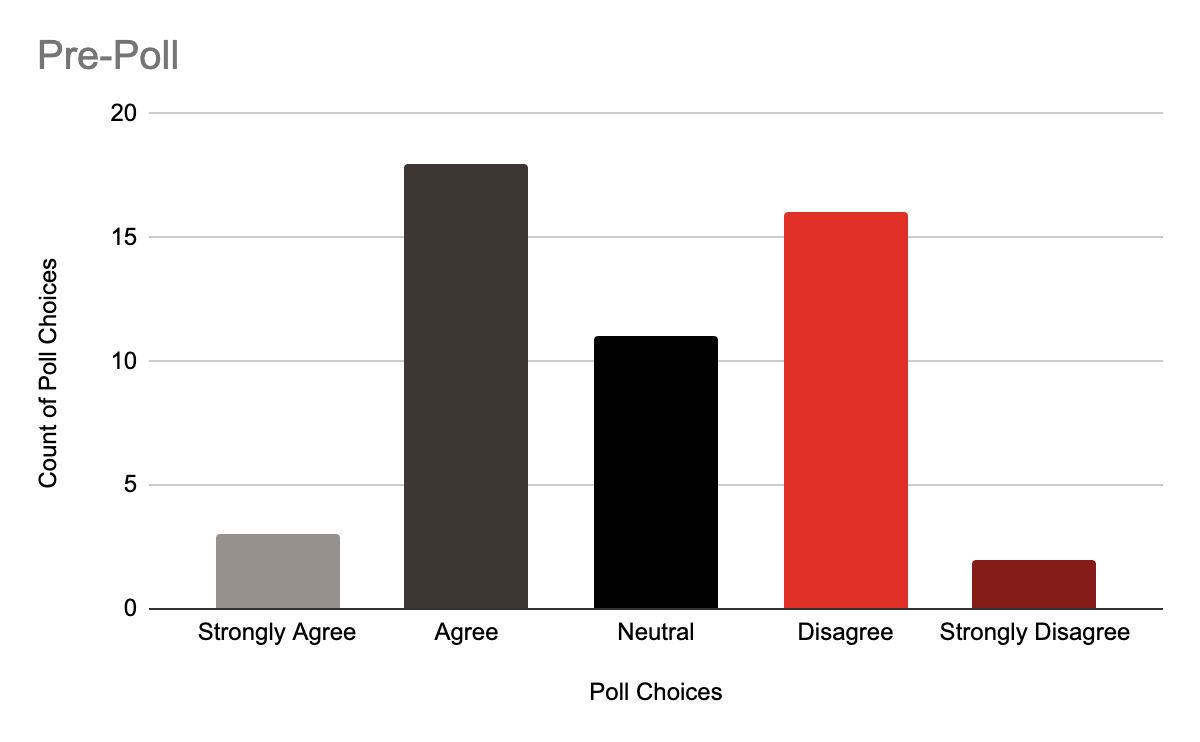 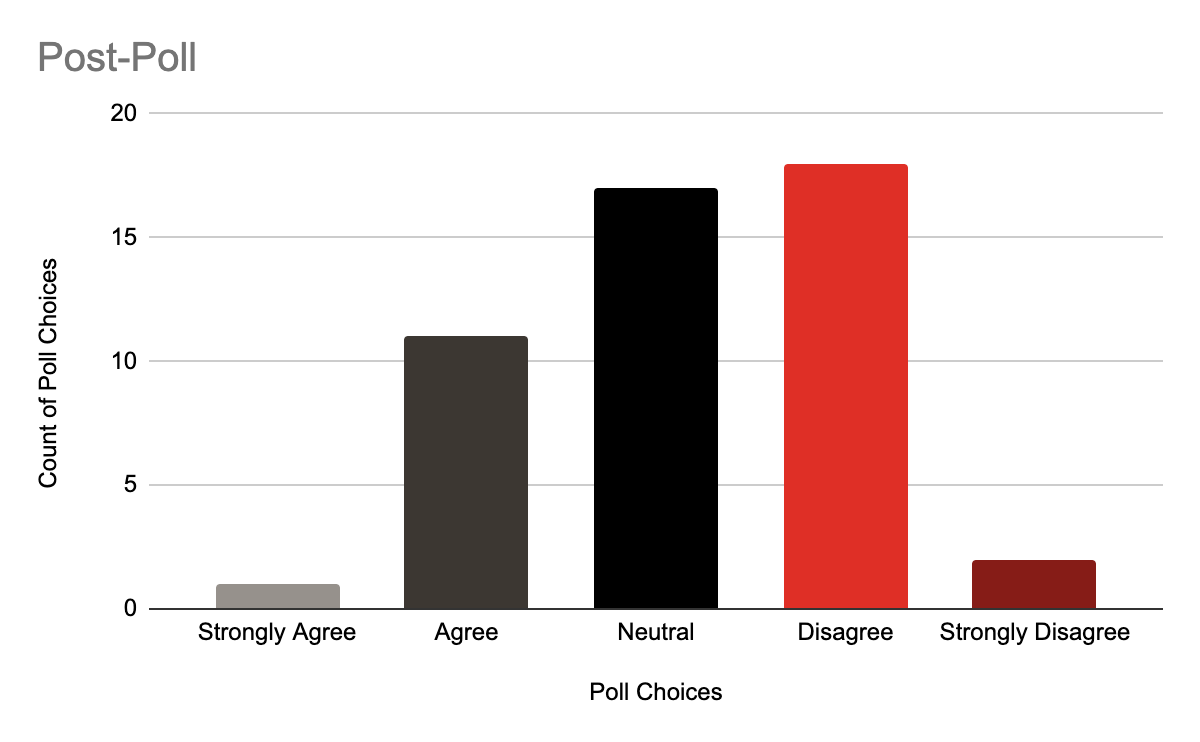 Poll B: Populism places important decisions in the hands of the uninformed. 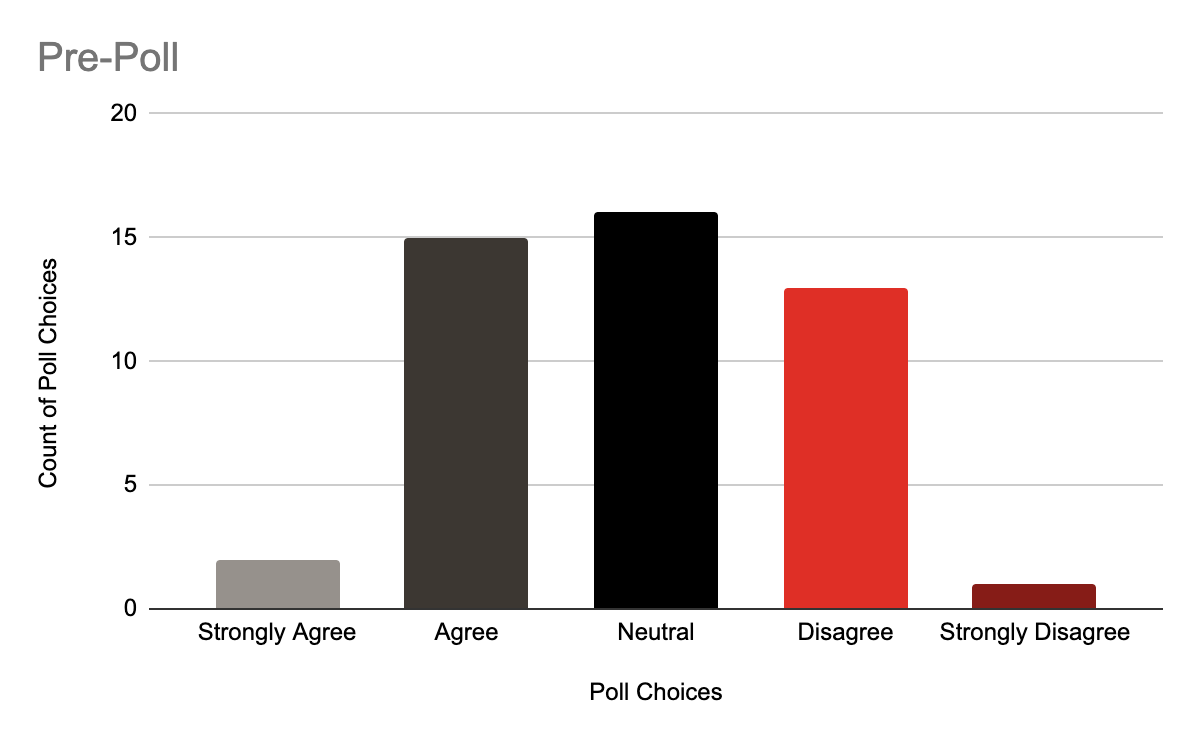 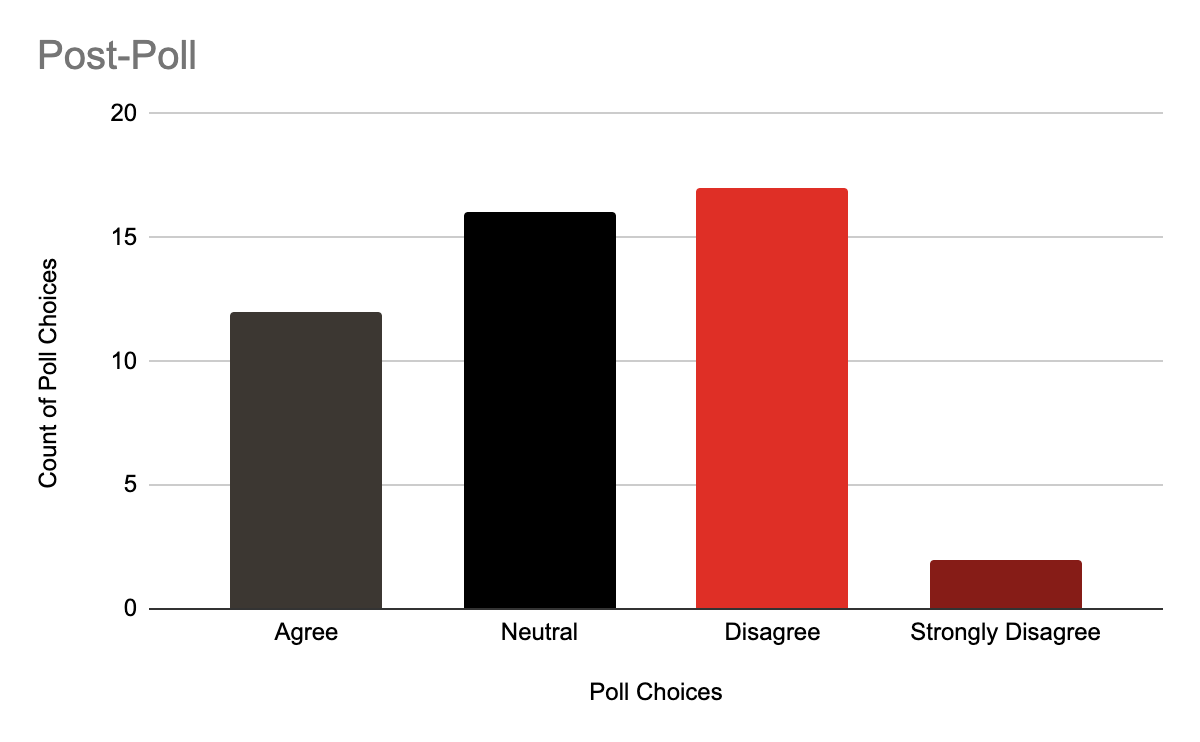 Session 2: TMI: Is the trend toward increased sharing a net positive or negative for personal freedom?

Concern about data privacy heated up in new ways during the pandemic, as countries debated the use of data for the collective good, including purposes such as contact tracing and flagging misinformation. At the same time, people flocked to social media for connection while physically separated from others, sharing increasingly on “social entertainment” sites such as Tiktok and Twitch. The central questions raised were:

The percentage of participants who were neutral, or saw both sides, on the debate about whether loss of privacy is worth safety and protection fell from 43% to 30% over the conversation, suggesting that the debate helped people take a side.

Poll A: The loss of privacy that may occur by regulation and oversight is compensated by the gain in safety and protection of communities. 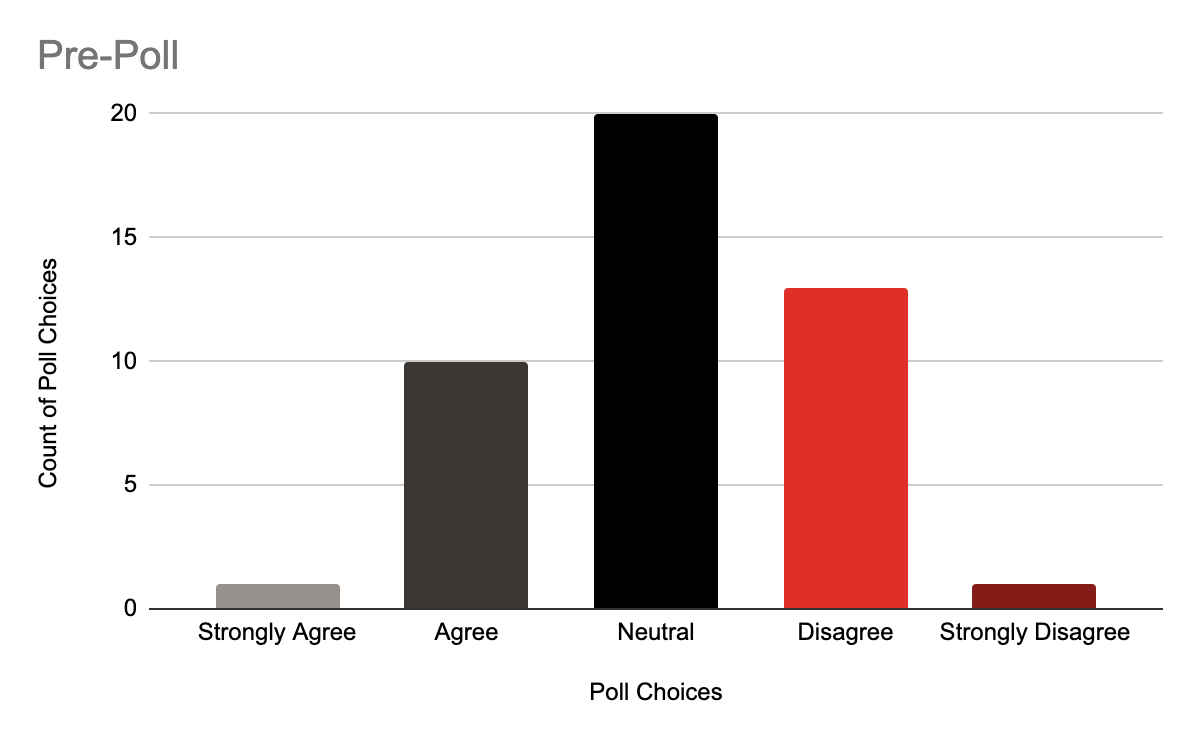 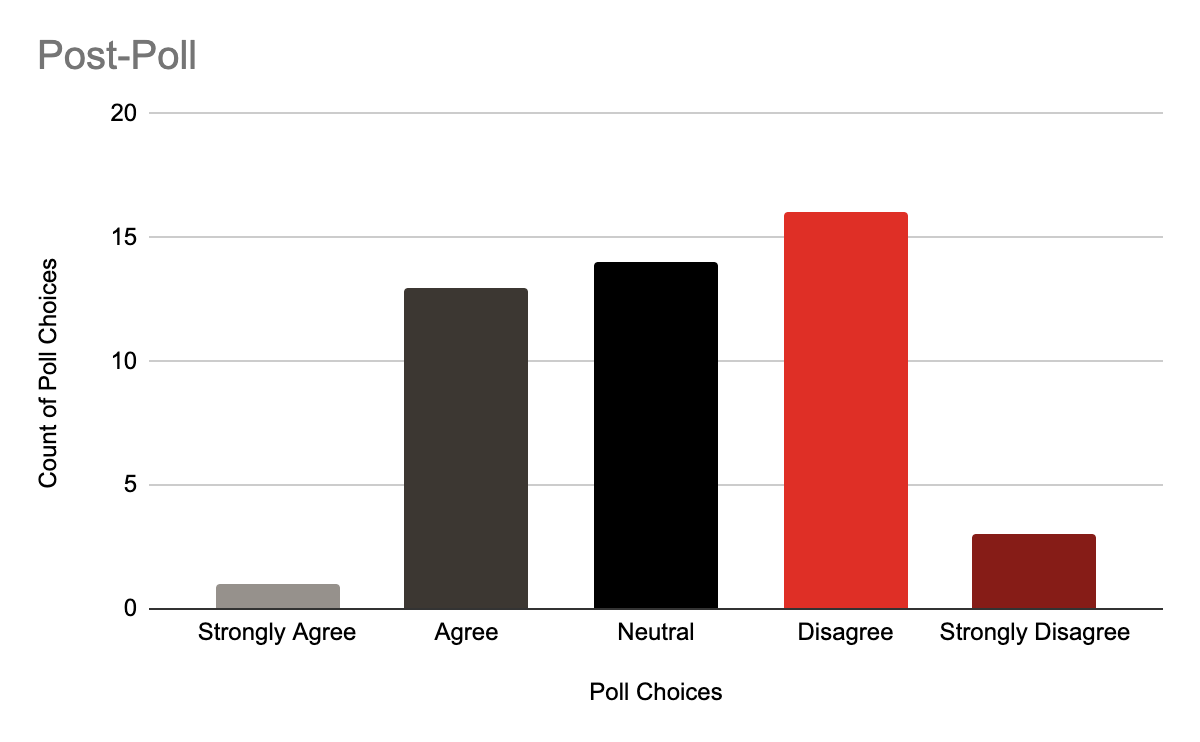 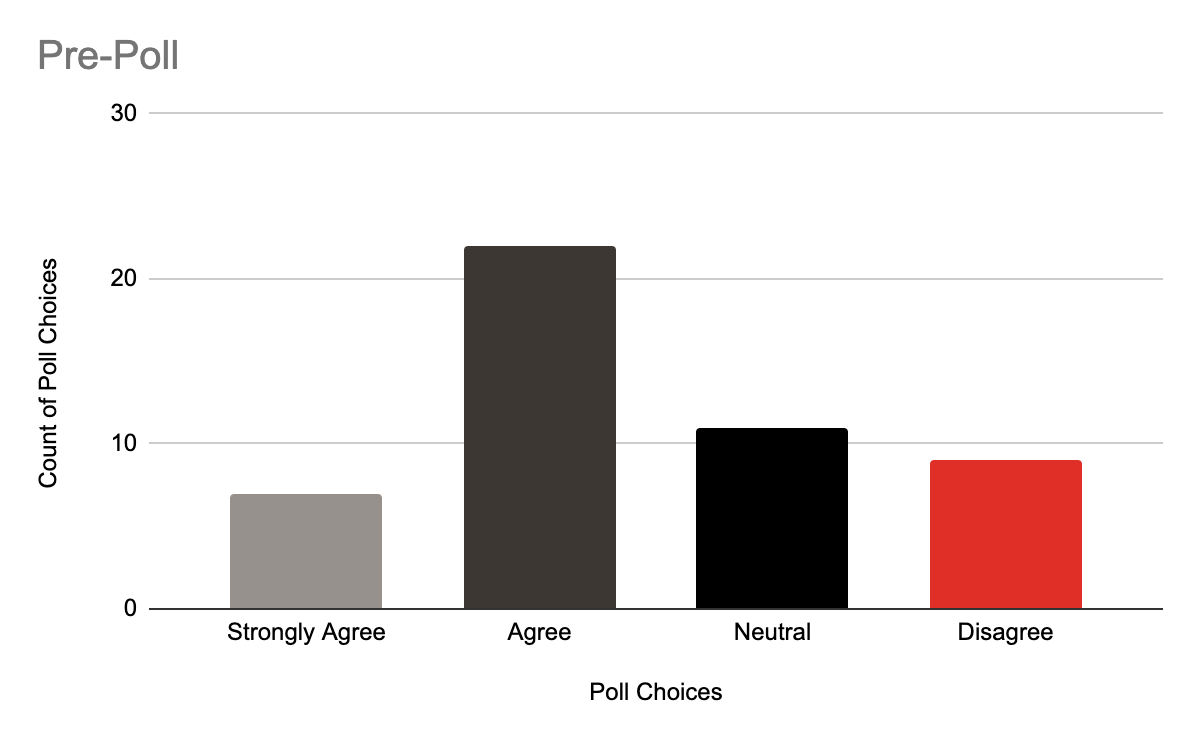 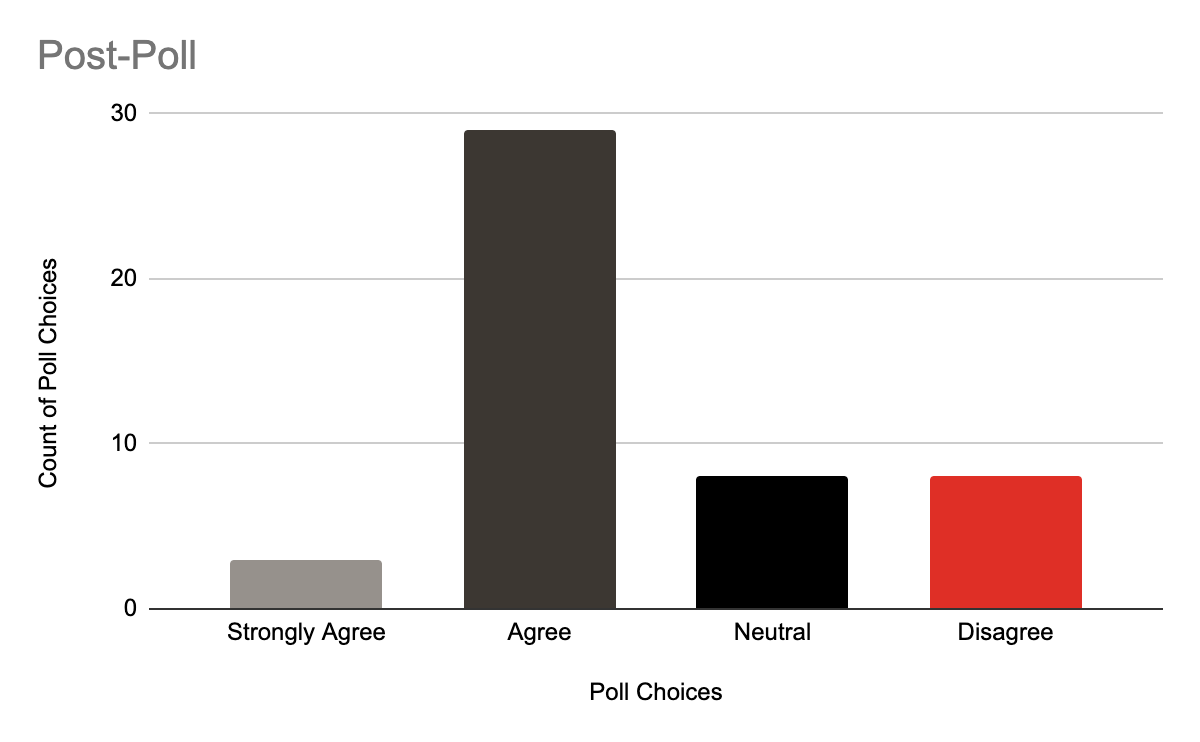 In the age of influencers and the “personal brand,” the ability to define one’s own identity can be empowering, or it can foster self-centeredness and even narcissism. The core issues in these sessions included:

There was little change over the course of the session in participant’s opinions about accepting people’s self-defined identities, with slightly over half (56%) of the group agreeing or strongly agreeing at both the beginning and end of the sessions. This could be explained by the fact that most Consequent participants, particularly Minerva students, have a lot of experience with people different from them, so their tolerance and understanding of differences is well-established.

Poll A: Collective acceptance of self-defined identities is crucial to fostering healthy individuals and mutual understanding. 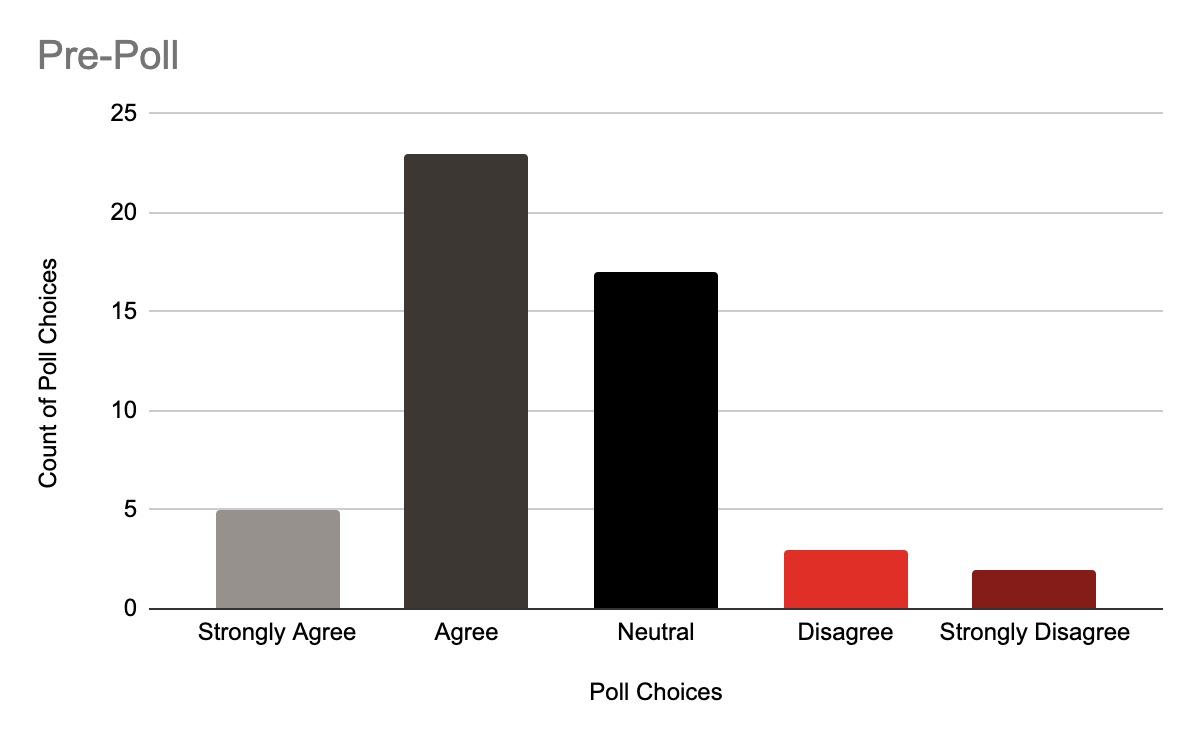 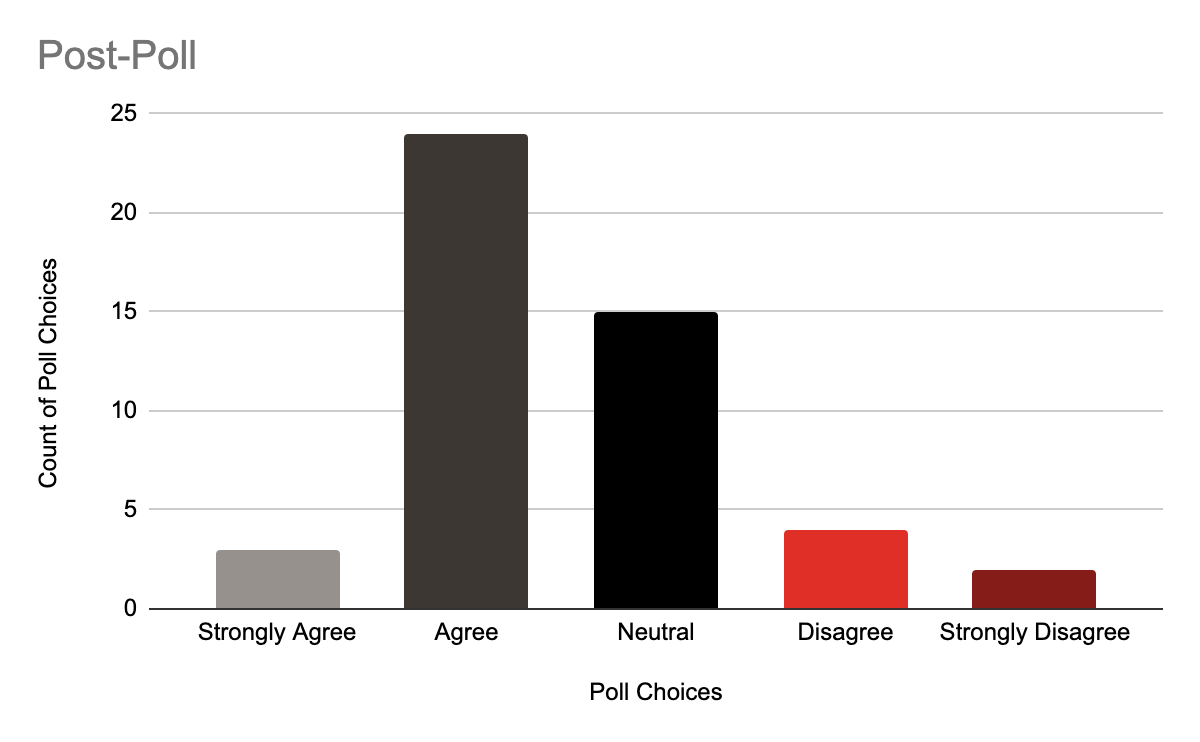 Poll B: Self-actualization can go too far, creating a generation of individuals who think that everyone should adjust their behavior to cater to their desires. 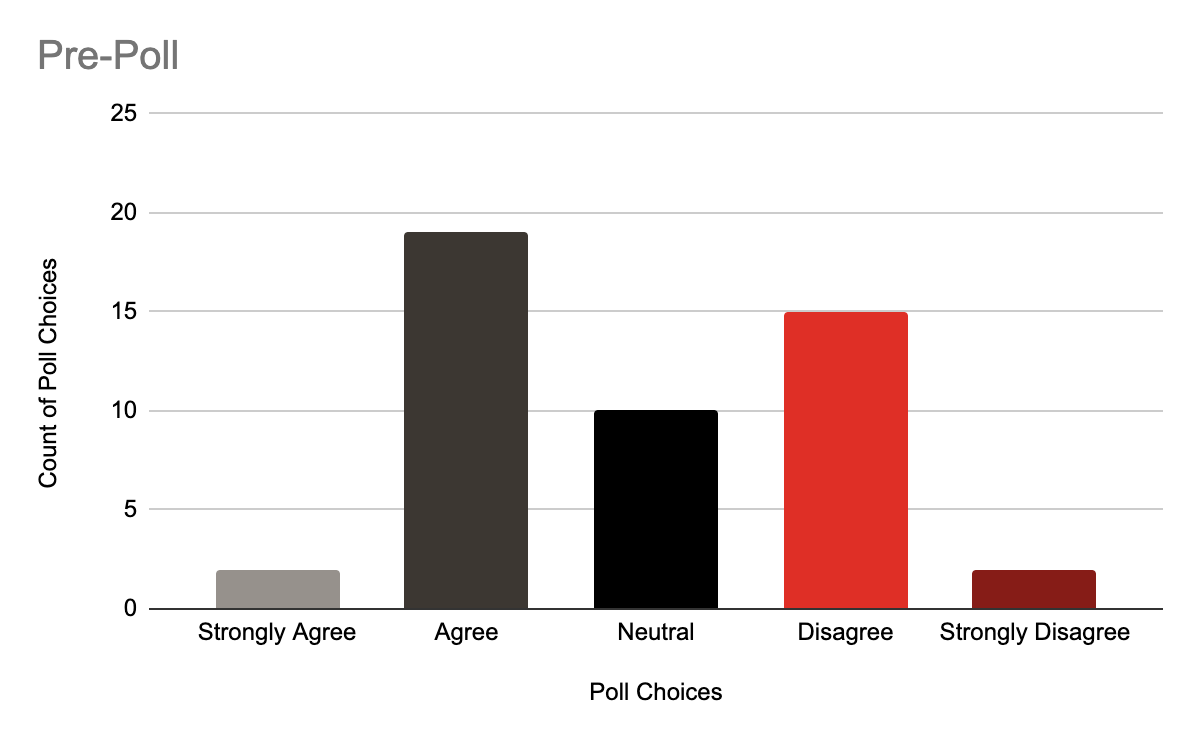 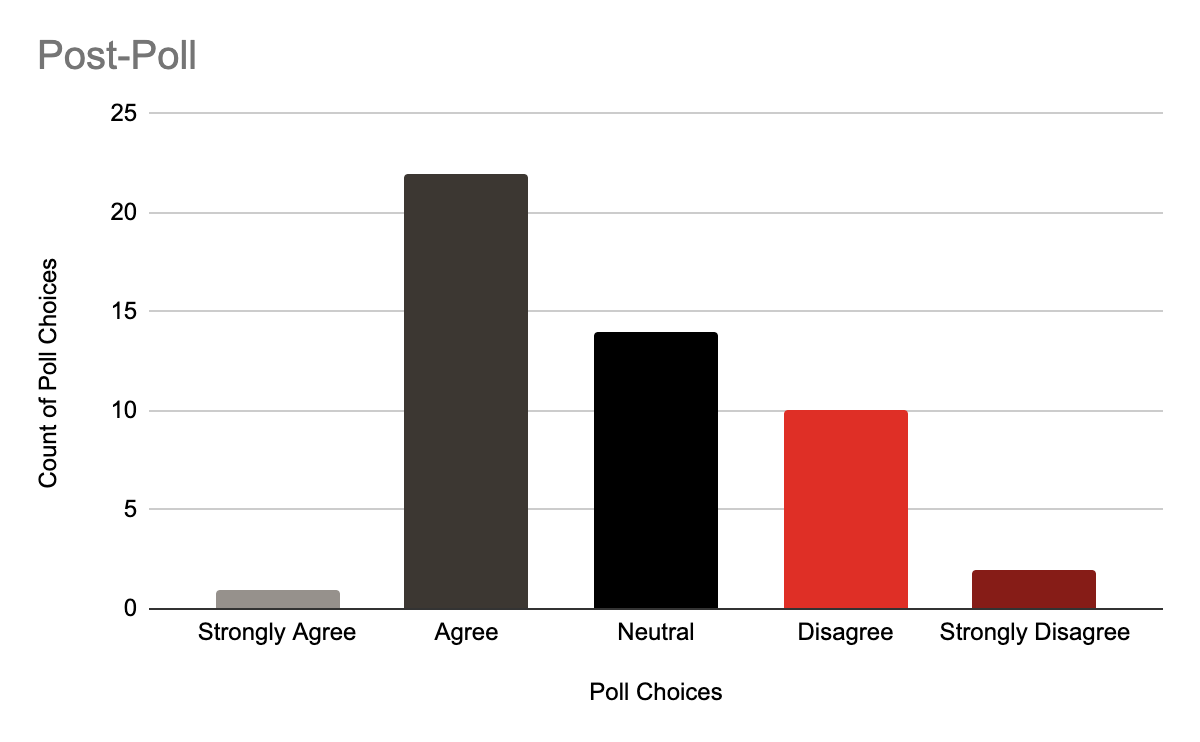 Thoughtful and respectful debate is a pillar of democracy, and ensuring young people understand its principles is crucial for societal function. While debate does not always lead to people seeing different perspectives or adopting different views, we have identified a few factors that might lead to a change in opinion.

Perhaps if we approach all complex problems armed with the right toolkit and actively seeking different viewpoints, we can develop more nuanced understandings, resulting in better collaboration and more creative solutions.

Isabel Sacks is the Manager of Strategic Communications and Thought Leadership at Minerva Project.

Molly Croes is an inaugural class student of the Minerva Baccalaureate at Laurel Springs School.
Education & Social Impact Skills of the Future

Learning to learn, think, and innovate: Creating a new Bachelor's degree at Esade

Innovating from Within: The Creation of a New Interdisciplinary Degree for the University of Miami's Next Century

For a fully formatted and published version, visit here.  Revolutionizing the Undergraduate...
Education & Social Impact Skills of the Future