Learning to learn, think, and innovate: Creating a new Bachelor's degree at Esade 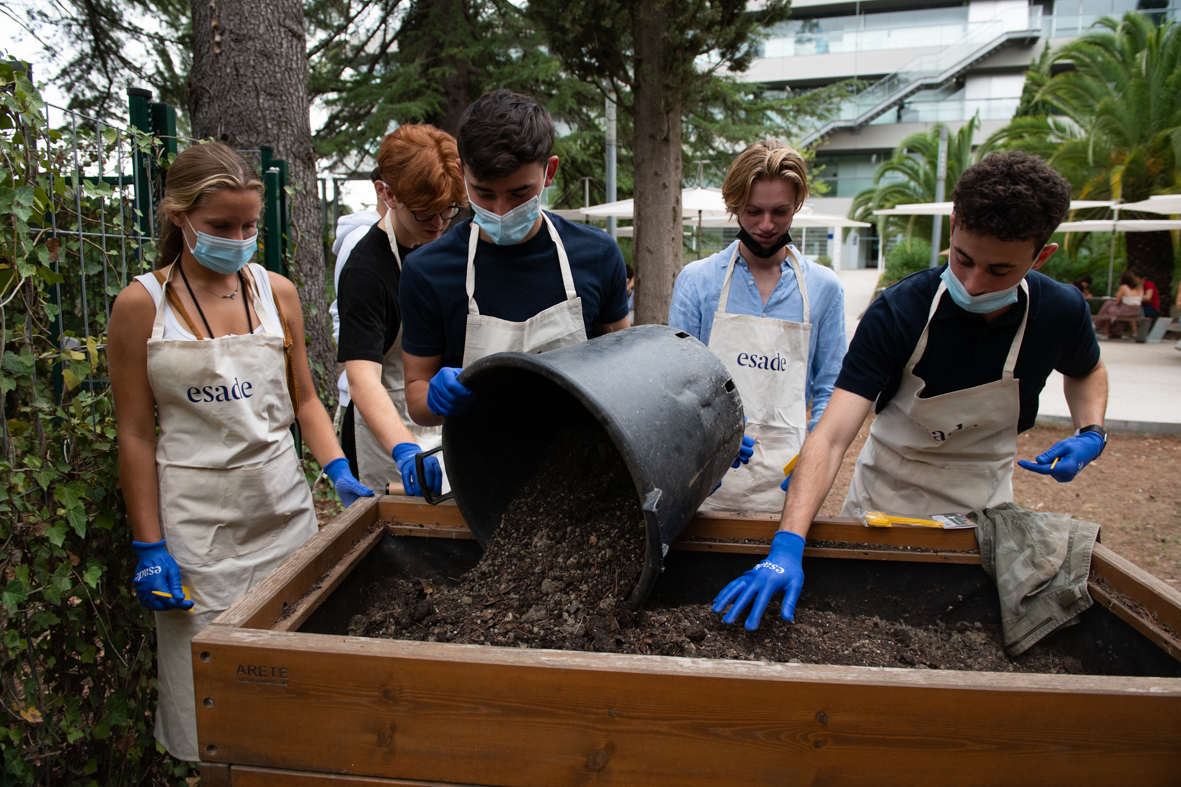 Aligning the Hearts and Minds

In April 2019, Koldo Echebarria, recently appointed Director General at Esade, called Mònica Casabayó, the Academic Director of the Bachelor’s in Business Administration (BBA). “We need to create a program designed to train the next generation of business leaders, which aims to address the issues and ambitions of a generation calling for a new world of business, committed to sustainability and the environment, and to the welfare of individuals and society.” An Esade alumni who started her career in the corporate world, Casabayó had returned to academia with the mission of transforming the world by training the leaders of the future. She was aligned with the Jesuit foundation of the school, the tradition of self-awareness, critical thinking, and introspective reflection that is rare in business schools. While welcoming the idea of a fundamental innovation, she was keen to stay true to the core values that Esade embodied.

Echebarria already had a partner in mind. Minerva Project had built a university from the ground up based on the principles of the science of learning, redesigning the curriculum, pedagogy, student experience, and method of delivery to prepare students with the key skills and knowledge to thrive in an evolving world. After graduating Minerva University's first class in 2019, Minerva Project began to partner with other universities globally to transform their programs. 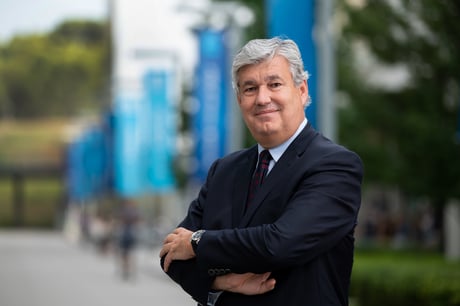 Ivan Bofarull, Chief Innovation Officer at Esade, was an early champion of the partnership. As one of the most prestigious business schools in the world, Esade had been innovating “incrementally” for decades, but it was time to analyze their blind spots in a changing world. Tasked by Echebarria with connecting the landscape of educational innovation to Esade’s strategy, he was familiar with hundreds of educational ideas - but when he heard about Minerva, something clicked. “I believe that Minerva is our twin operating system,” he says. “When I first learned about Minerva, it was something I hadn’t seen in other new players at all. It was an organization that had created something new, from scratch, based on the science of learning.” Furthermore, Minerva’s holistic, integrated education program resonated with Esade's mission and values.

Bofarull saw that Minerva and Esade had independently come to “the same innovation thesis” that student learning must be based on scientific principles in order to develop leaders with critical wisdom. Bofarull saw that elite institutions were losing their competitive edge and turning into merely credentialing institutions - a stamp on your resume. As he analyzed the education landscape, he noted, “Exponential technologies have basically enabled much more accessibility on all fronts. Once we have made knowledge and knowledge transmission totally accessible to everybody, the newest scarcity becomes true learning. To what extent are you learning what you have to learn?” 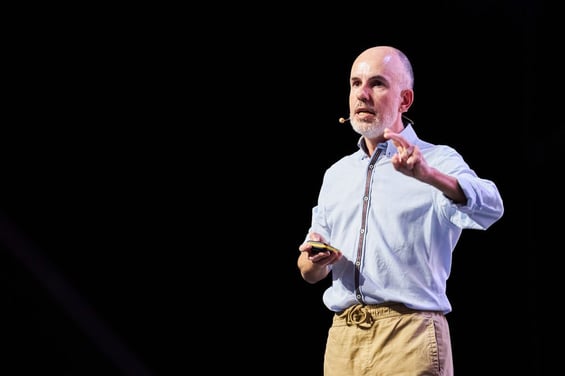 Bofarull was keenly aware that innovation is a complex and nuanced process that would require buy-in from many stakeholders. In addition, Minerva, founded in Silicon Valley, was a relatively young institution while Esade had a 60-year history. In October 2019, he and Ben Nelson, Minerva Project founder and CEO, organized a visit of the Esade team to the Minerva University residence hall in Berlin, where they attended gatherings with students and staff and joined an experiential learning activity. “There were differences, but somehow we had the same purpose, to transform this world for the better, and shape the skills, knowledge, and experiences of the leaders of the future,” reflects Casabayó. The human connection with the team established a sense of trust and shared mission, and she thought to herself, “We can learn a lot from each other.” The two organizations signed an agreement in October 2020. 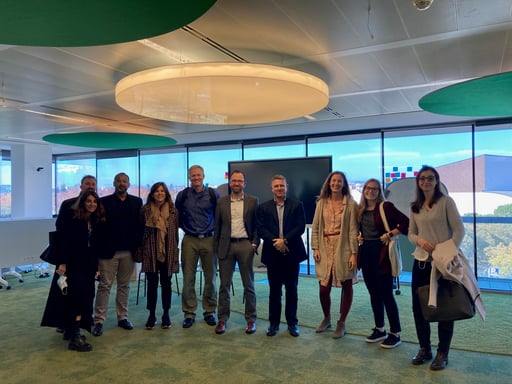 With Casabayó heading the innovation project as a passionate leader, and Echebarria on board with the partnership, the team began to develop the new Bachelor’s program focused on social innovation, which would be distinct and differentiated from the existing BBA. The program design put the learners and the theme at the forefront: every element of the program would advance their capacity as agents of change. The team devised a hybrid format with three components. “Learn to learn,” taught with Minerva’s curriculum, pedagogy, and learning platform, ForumTM, would give students the transferable skills to navigate the complex, volatile world. “Learning to think,” or weekly Socratic dialogues, would give them the critical thinking capacity to be changemakers. “Learning to innovate” would give students hands-on, project-based professional experiences in Barcelona, Shanghai, and Berlin. The program would be called the Bachelor in Transformational Leadership and Social Impact, or BITLASI.

The Minerva Project team faced the challenge of integrating their established academic program with two new components. They had built Minerva University from scratch, with total creative control, but now had to collaborate with an established institution in Esade that had its own practices and expertise. During months of an intense dynamic of teamworking involving Esade faculty and several people from other units, the enthusiasm and determination of both teams led to a winning idea. The two institutions had built a strong enough relationship that they were confident the three program tracks could be successfully blended.

Esade faculty proposed the best course of action was to start small. They launched a pilot course in Expressive Clarity in Spring 2021, taught by Dr. Anna Inesta-Codina, a psychologist and seasoned writing instructor and coach. Meanwhile, Casabayó worked with Xavier Ferrás, a professor of innovation appointed Associate Dean of the new program in summer 2020, and a small team to launch BITLASI, including onboarding faculty, outlining the curriculum, finding and outfitting the facilities, earning accreditation, and designing an admissions process.

Many academics were enamored with teaching Minerva content on Forum in the fully active learning style. Casabayó herself said, “You can feel the mood of the students without looking in their eyes.” Inesta-Codina echoed that Forum helped her design classes “in line with the faster rhythm and shorter attention span of young students,” engaging them fully in the content and enabling her to give detailed formative feedback in context, a key piece of teaching students to write.

On the other hand, some faculty were hesitant, as they were experienced teachers and had developed their courses with years of iteration. The Minerva academic team, meanwhile, sometimes struggled with integrating the existing Minerva curriculum and pedagogy with Esade faculty expertise. However, faculty from both institutions brought a creative spirit and passion for meeting student needs, similar to the program designers. Scott Wisor, Academic Program Director at Minerva Project, says, “The more faculty got to know the tool and the pedagogy, the more they dove in.” Inesta-Codina cited collaboration with Casabayó and Wisor as key to trying new things and iterating the courses. One of the biggest successes of the program is the integrated curriculum, where students see the same concepts recurring in multiple courses. “This adds a challenge for faculty, because it obliges you to coordinate your teaching with that in other courses,” says Inesta-Codina, “But it gives the students and yourself so much meaning that it is completely worth it, one feels part of a team.” 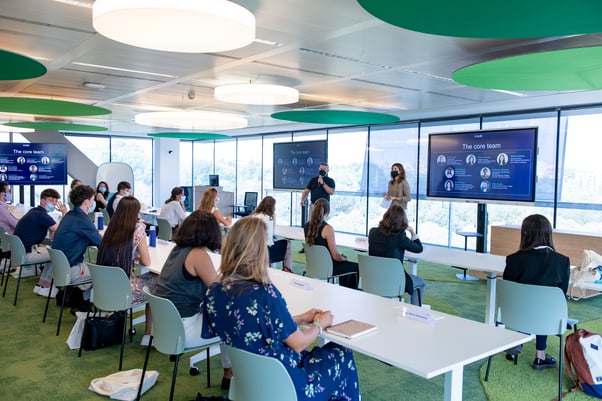 When it came to recruiting the first class of BITLASI students, the team realized they needed to redesign the admissions process to match the redesigned program. Traditionally, Esade relied on an admissions test and grades to select students, but this new program was looking for a different profile of student. The program needed students whose goal was to be an agent of change, and grades and test scores wouldn’t reflect this profile. They were in search of students with four main qualities: (1) intellectual curiosity, (2) a spirit of cooperation, (3) growth mindset, and (4) social awareness. To find these students, the team tried new recruitment tactics, collaborating with United World Colleges, amongst other innovative, social impact-focused high schools across the globe. To admit the right students, Esade used grades and test scores as an initial filter, and then created and conducted interviews and a design challenge to identify in applicants the four desired characteristics. They ended up with a cohort of 42 students of 27 nationalities.

Roser Rulló, a member of the first cohort, had participated in a gap year program at Global Citizen Year (GCY), which was also developed in collaboration with Minerva. While initially unsure about the quality of an online program, she ultimately found that she was actually learning in a process unlike any she had experienced before. “When I finished, I said, wow, I have definitely learned more in three months here than in my last year of high school. I wish all schools were like this,” she reflected. It was a no-brainer to apply to BITLASI.

In her first semester, while the Minerva classes on Monday and Friday helped Rulló develop skills for approaching problems and solutions, the cohort practiced “learning to innovate” at a Barcelona Fab Lab, or digital fabrication laboratory, on Tuesdays and Thursdays. She saw direct linkages from what she learned in Minerva classes to this hands-on innovation work; understanding algorithmic thinking and design thinking helped her group break down the elements of the problem they wanted to solve, while awareness of potential biases stopped them from making assumptions and instead going to the user to gauge needs. Rulló’s team did interviews in elementary schools about their sustainability needs and crafted hydroponic mini-gardens to be built by students and maintained in classrooms. The international cohort and focus on collaboration have further enhanced her experience: “Everything has been so enriching, from debating and giving opinions to everyday life, every conversation is mind opening because there are so many different perspectives,” she says. 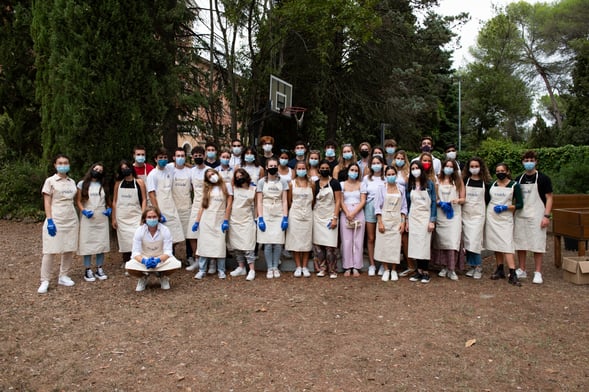 The BITLASI program launched in September 2021 and will continue to be iterated. The Minerva team is still working on fully integrating “Learning to learn” with the other two components of the program. Still, BITLASI has already begun to instill in students key skills that are transferable to the many contexts they will encounter in their lives. Ferrás sees the speed such a complex program was built as a major success: “It was a great achievement to launch a totally new program in under two years, completing all the processes (academic, infrastructure, technology, faculty) to start on time in September 2021.” Nelson praises the courage of Esade’s leadership, saying “​​Koldo and Ivan chose to genuinely invest in student learning with the BITLASI program. Through their leadership, Esade was able to launch a unique, innovative Bachelor’s degree that addresses both students' and society's needs.”

The relationship between Minerva Project and Esade has also strengthened over time, through the creation of several collaborative learning ecosystems in the field of executive education that are bringing distinctive solutions to international organizations and firms.

As Ferrás says, “The combination of Esade's research and academic capacity with Minerva's methodology and technology offers numerous possibilities for cooperation,” which will only continue to grow. Meanwhile, BITLASI will give its students key leadership skills for social impact; Echebarria says, “By providing students with the necessary skills to design innovative business models, this new program will help them to find the response to the great challenges that our society is facing nowadays.”

“Learning Outcomes are the starting point, the process, and the finish line” : A conversation with Minerva Baccalaureate instructor Patricia Mejia

“I did not only want to learn for the tests”: A conversation with Minerva Baccalaureate student Kailey Kim